Memorial of the Murdered Jews in Europe

Also known as Holocaust Memorial, this memorial was built for the Jewish victims of the Holocaust during WW2. It consist of 2,711 stelae which have the same length and wide but differ in their height. It was opened to the public 60 years after the end of WW2.

View over the memorial

A path between the stelae 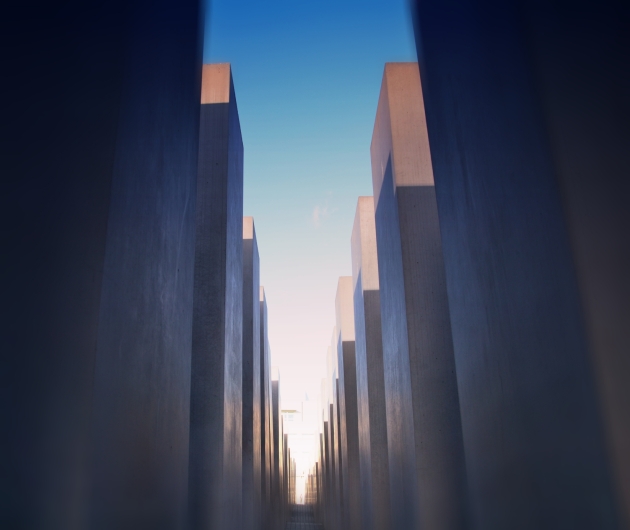 Look into the sky

If you think about Berlin, Brandenburg Gate is possibly the first thing which crosses your mind. Built in the 1730s it was one of 18 city gates. Later it was rebuilt as a neoclasical triumphal arch and as a symbol for peace on behalf of King Frederick William II of Prussia. Brandenburg Gate suffered massive damage during WW2 but was restored from 2000 to 2002. Nowadays it is also a symbol for the reunion of Germany. 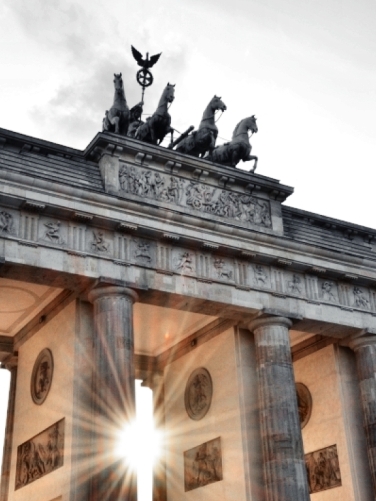 Let there be light

One of the most imppressive buildings for myself is Berlin Cathedral which is located on Museums Island in the Mitte borough close to Alexanderplatz. With its church services, guided tours and over a 100 events per year the Berlin Cathedral attracts hundreds and tousands of visitors from home and abroad. The origin of the building is dated back to the year 1465 but its contemporary appearance maintained from a reconstruction in 1894 in order of Emperor of Germany Wilhelm II. The reconstruction lasted for 11 years and the new cathedral was dedicated in 1905. The dome has a height of 70m (114m in total from the ground) and is surrounded by 4 towers. Don’t miss the view from the dome when you visit the cathedral. You can walk around the dome and get a perfect view over the city. For further information (guided tours, admission) have a look on the website: http://www.berlinerdom.de/component/option,com_frontpage/Itemid,154/lang,en/ 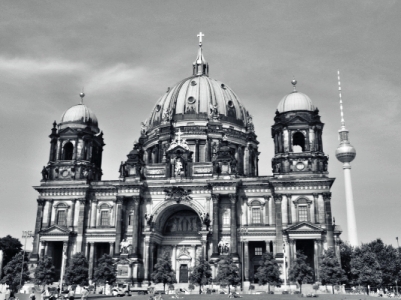 Berlin Cathedral with Berlin TV Tower in the background

Portal of the Cathedral

Let there be light – Festival of Lights

For many tourists a visit of the Berlin Wall Memorial is a ‘Must Do’ when they come to Berlin. Located in the middle of the city in Bernauer Straße people can walk along the 1.4 km of the former border strip to get impression baou the time of Germany’s Division. Remnants of the Wall and old photos on display help visitors to understand the development of the border fortification, the live of the people and a piece of German history. 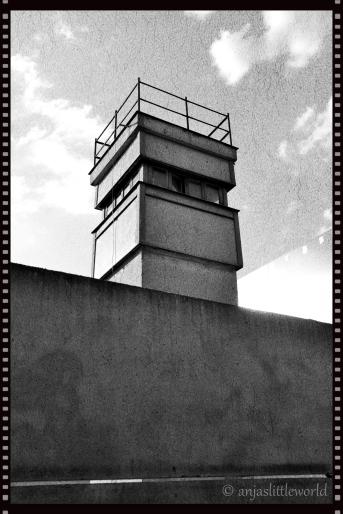 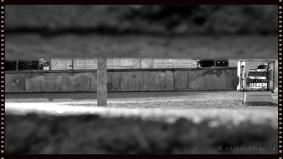 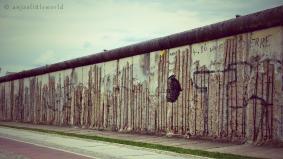 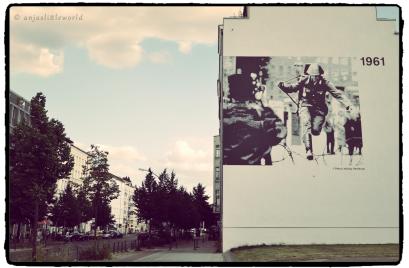 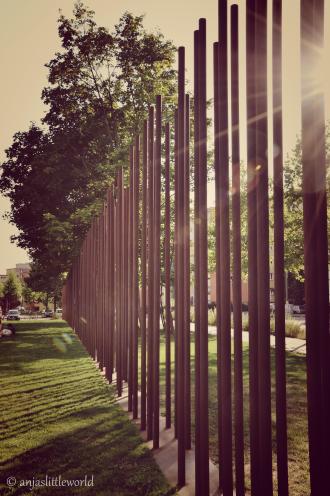 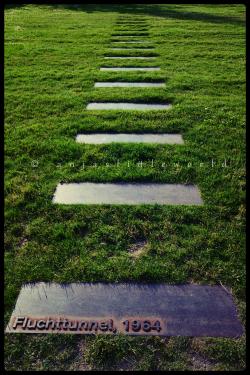 2 thoughts on “Places to see”